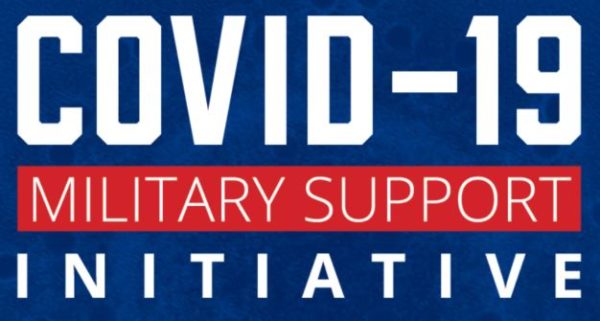 Second Lady Karen Pence and spouses of some of the most senior military leaders joined the COVID-19 Military Support Initiative Friday for a celebration of military spouses.

The Friday before Mother’s Day was first designated as Military Spouse Appreciation Day in 1984.

“Military spouses have giving hearts, and I have seen time and again how you show up for your communities,” Pence said in opening remarks. “I continue to be in awe of your eagerness to serve your communities.”

Pence touted the administration’s support for policies that make it easier for families moving to new duty stations, including spousal employment opportunities and streamlined licensure procedures.

A discussion about the challenges and rewards of being a military spouse was moderated by Brianna Keilar, a CNN anchor, military spouse and author of “Homefront,” a regular column about military families.

“Sometimes people have sympathy toward the military lifestyle,” Keilar said. “I understand where they’re coming from, and I appreciate the empathy, but I also think about how lucky we are, because we are part of something so complex.”

Tonya Wright became a military spouse around the same time she retired as an airman. She said she had “ignorant, preconceived notions” about what it meant to be a spouse and told her new husband, now Chief Master Sergeant of the Air Force Kaleth Wright, that she was reluctant to be part of spouse support programs at their base and in their community.

“I’m so glad that I was open-minded, because the spouses I have met along the way have been so awesome and welcoming,” Wright said. “It’s an exclusive club you can’t understand if you’re not part of it.”

McConville recalled when her family moved to a new post and other spouses immediately asked her to join them for breakfast and a movie.

“My sister asked, ‘Who are you going with?’ And I said, ‘Oh, some of the other women from my neighborhood.’ And my sister said, ‘Maria, I’ve lived in my neighborhood for 10 years, and no one has ever invited me to breakfast or a movie!’”