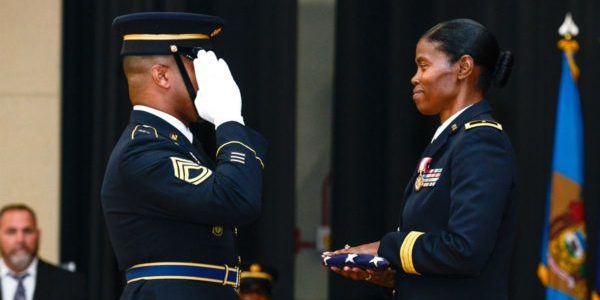 A New York Times article published in May found that while 41 percent of the 1.3 active duty military personnel are people of color, only two of the 41 most senior commanders in the military are black.

“The absence of minorities at the top means the absence of a voice to point to things that should have been addressed a long time ago,” said Brandy Baxter, an Air Force veteran to the New York Times.

A recent memo signed by Army Secretary Ryan McCarthy and Chief of Staff Gen. James McConville will suspend the use of officer promotion board packages starting August 1, Military.com reports.

“The strength of our Army comes from our diversity,” Army officials wrote in a memo. “Developing and maintaining qualified and demographically diverse leadership is critical for mission effectiveness and is essential to national security.”

The memo also stipulated that the Army would assess the use of photos for warrant officer and enlisted officer promotion in August, establishing a policy change no later than September 2021.