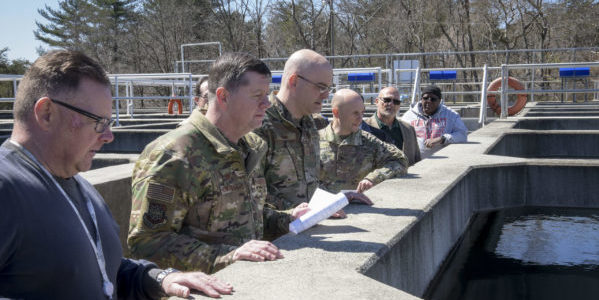 Over the past few years the U.S. defense community has started to experience how extreme climate-related events can cripple a military installation’s infrastructure.

In order to bolster readiness and resilience, two pieces of legislation have been introduced by Colorado Representative Jason Crow which focus on water scarcity and energy dependence on U.S. military installations.

Water scarcity is a pressing issue for Buckley Air Force Base, an installation that falls within Crow’s district.

The proposed legislation is a response to DoD presenting “conflicting reports” on the effect of water scarcity on installations due to warming temperatures.

The second bill Guaranteeing Resilient Installations for Defense (GRID) Act, introduced by Rep. Crow, along with Rep. Don Bacon and Scott Peters  addresses “threats to the electric grid from nature, terrorism, or cyberattacks” by creating a two-year pilot program between the DoD and Department of Energy.

“Already, Colorado has seen how water scarcity and extreme weather can cause damage to our bases and threaten our electrical grids,” said Rep. Crow. “Climate security is directly tied together with our national security and I’m proud to be introducing these bipartisan bills to address the risks to our military bases.”