Crozier to be Punished for USS Theodore Roosevelt Incident 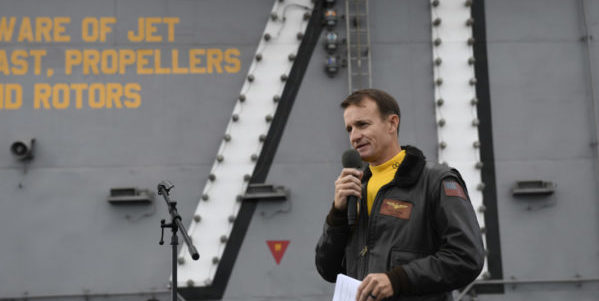 While initial reports suggested ousted Capt. Brett Crozier may be reinstated as commander of the USS Theodore Roosevelt, a recent investigation found the Crozier and the ship’s chief medical officer failed to react properly to the spread of COVID-19.

Crozier was fired on April 4 after the former acting Navy Secretary Thomas Modly lost confidence in the captain after breaking chain of command.

An email Crozier sent to senior Navy officials was leaked to the press, resulting in the national spotlight and conversation surrounding the U.S. military’s readiness amidst the coronavirus pandemic, Defense One reports.

“Captain Crozier’s performance during this unprecedented crisis fell short in several key ways. Specifically, during the ships transit to Guam captain Crozier took some steps to slow spread of COVID-19 throughout his shift, but he did not ensure physical distancing was implemented on board,” wrote Chief of Naval Operations Adm. Michael Gilday.

Gilday says the recent decision about Crozier was not a result of Crozier’s letter being leaked to the press, rather what the captain “needed, and not what he was doing.”

Specifically Gilday referred to the timeliness of Crozier’s response to COVID-19 spread on the USS Theodore Roosevelt and failure to effectively communicate to his chain of command.