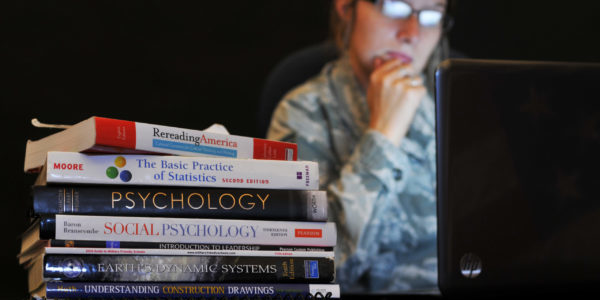 The unemployment rate among veterans had risen to 11% in April, the House and Senate lawmakers note in a joint press release announcing the introduction of the “Veterans Economic Recovery Act of 2020.”

The bill was introduced by Senators Jerry Moran (R-Kansas) and Jon Tester (D-Mont.), along with Reps. Phil Roe (R-Tenn.) and Mike Levin (D-Calif.).

“The men and women who have served our country are entrepreneurs, engineers, teachers, and so much more, but like most Americans, the coronavirus pandemic has been devastating for them and their families,” Rep. Levin said. “It’s unacceptable that we now have over a million veterans unemployed, and we need to step up to help get them back to work.”

The benefits would be similar to those provided by the Post-9/11 GI Bill. It will be available for unemployed veterans and reservists between the ages of 25 and 60 who are not participating in other training programs.

The lawmakers named more than a dozen veterans’ advocacy groups that support the legislation.