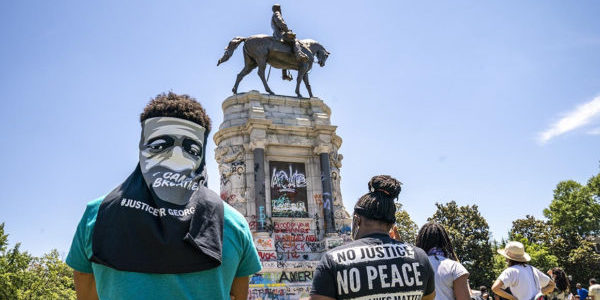 Citing its divisiveness and threat to the military branch’s unity, the U.S. Marines Corps has decided to ban all displays of the Civil War-era symbol from all its installations.

“The Marine Corps shall remove the Confederate battle flag from all installation public spaces and work areas in order to support our core values, ensure unit cohesion and security, and preserve good order and discipline,” wrote the Marines in a recent order.

The removal of the confederate image includes office buildings, air crafts, barracks and Marine Corps training facilities. The Corps did not provide a timeline by which the Confederate battle flags must be removed.

“The Confederate battle flag has all too often been co-opted by violent extremist and racist groups whose divisive beliefs have no place in our Corps,” wrote the branch in a statement.

In related news, U.S. Army Secretary Ryan McCarthy signaled on Monday he would be open to the renaming of 10 U.S. military bases and facilities which are currently named after Civil War leaders, Politico reports.