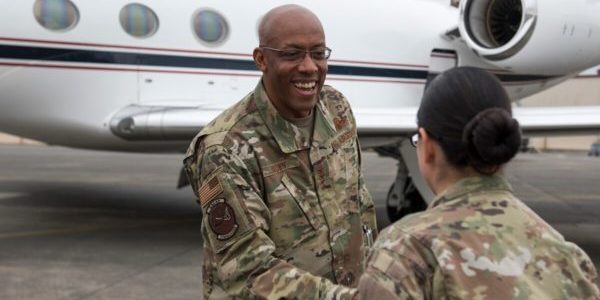 “As the COVID-19 crisis unfolds, I see an emerging challenge where our strategic aspirations and our resources available may be on divergent paths, driving future tough choices,” said Gen. Brown in the confirmation hearing.

The historic confirmation of the United States of America’s first black service member to lead a military branch comes in the wake of nationwide protests highlighting racial inequality and police brutality.

“I’m thinking about how my nomination provides some hope but also comes with a heavy burden,” said Gen. Brown. “I can’t fix centuries of racism in our country, nor can I fix decades of discrimination that may have impacted members of our Air Force.”