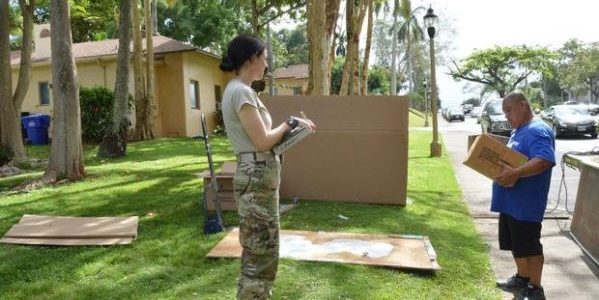 The survey, which was answered by nearly 8,000 military-connected individuals, highlighted the significant financial burden that comes from permanent change of station orders.

“The average unreimbursed out-of-pocket expense during a move was $1,913, and the average financial loss over and above claims for lost and damaged items during the move was $2,920,” according to the survey’s executive summary.

The survey also showed a need of financial preparedness among active-duty families, with over 27 percent of respondents saying that they have less than $500 in emergency savings.

Along with financial fitness, the survey provided an overview of a variety of categories affecting the military community including healthcare and mental health, housing, employment and transition, and family life issues.

MFAN provided 15 recommendations from the survey, the top being to address food insecurity in the military community; an issue which affected one of eight survey respondents.