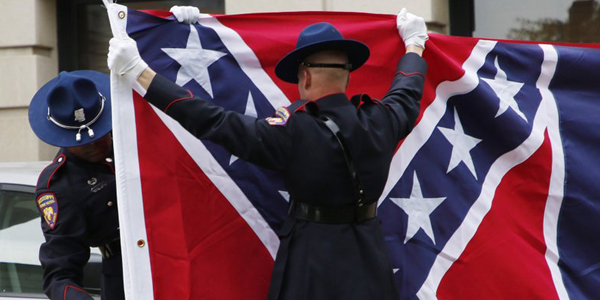 Senior Pentagon leaders are circulating a draft plan that would ban confederate flags from all military installations, CNN reported this week, citing an official who has seen the document.

The plan is currently being reviewed by DOD legal personnel, according to the report.

“A decision to move ahead with a department-wide ban could now come soon, the official said,” CNN reported. “It is not known if Defense Secretary Mark Esper will seek [President Donald] Trump’s approval to proceed with the ban.”

The draft plan states that banning the flag would have a positive impact on “the morale of our personnel, good order and discipline within the military ranks and unit cohesion,” according to AP, which obtained a copy of the document.