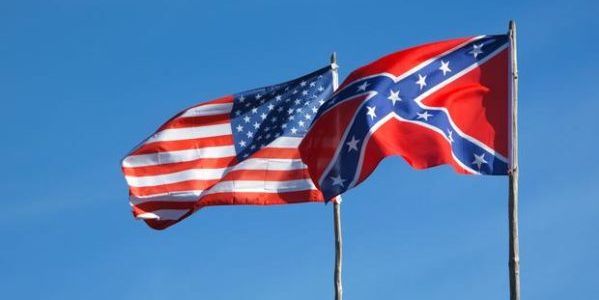 The House Armed Services Committee held its markup of the annual National Defense Authorization Act (NDAA) on Wednesday, and a measure passed by lawmakers would prohibit the display of the Confederate battle flag on Department of Defense land.

Following the killing of George Floyd in May by Minneapolis police, part of the national conversation regarding racial equality has focused on reevaluating the use of Confederate names and symbols in the armed services.

The amendment was introduced by Maryland representative and Iraq War veteran Anthony Brown.

“Recent, tragic events have underscored how much farther we have to go to heal the racial divisions that have plagued this country since our founding,” said Brown in press release. “Prohibiting the display of the Confederate flag – a symbol that for so many represents white supremacy, oppression and terror – on Department of Defense installations is an important step in that reckoning.”

Exceptions to the proposal include “museum exhibits, state-approved license plates and grave sites of Confederate soldiers.”

In the past few weeks the Marines and Marine Corps announced it would ban all displays of the Confederate flag. Commander Army General Robert Abrams declared a similar measure for U.S. Forces Korea as well.

President Donald Trump said in a tweet yesterday that he would veto an NDAA that supports renaming military bases.