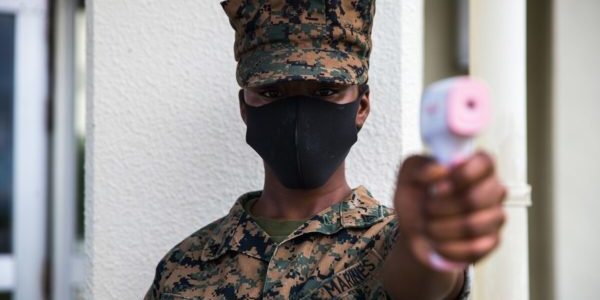 Health Protection Conditions (HPCON) have increased on military installations across the country, particularly in Florida and Texas, as COVID-19 cases see a resurgence in the United States.

To date the military has had nearly 23,000 cases with three confirmed deaths, one of which was an active-duty service member, Military Times reports.

“We’ve seen some places that initially went to green that have gone back up in some of these states where we’ve seen a dramatic rise in the number of COVID infections,” said Jonathan Hoffman, the Pentagon’s chief spokesman.

The Pentagon has relied on the judgement of local installation commanders to determine each base’s restrictions. There must be a downward trend of infections over a 14-day to lower an installation’s HPCON level.

“I find that each base does things a little bit different, and they’ve adapted very carefully,” said Defense Secretary Mark Esper recently at Whiteman Air Force Base in Missouri.