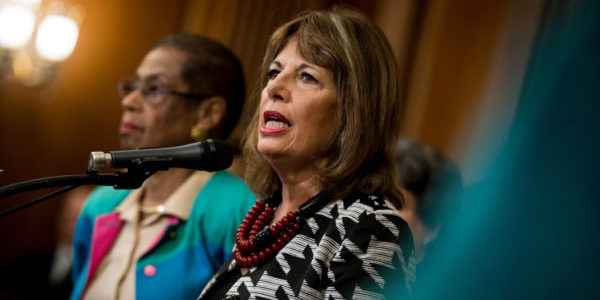 An amendment approved by a voice vote was added to the FY21 National Defense Authorization Act (NDAA) on Thursday, Roll Call reports.

The bill would bring an end to the Trump Administration’s policy of using funds to bar transgender service members from the United States’ military forces, as well as protecting transgender individuals already serving.

The amendment was introduced by Jackie Speier, chairwoman of the House Armed Services Military Personnel Subcommittee. The controversial policy was issued by the White House in April 2019.

“The military has granted only one waiver to a transgender servicemember, exposing the President’s discriminatory policy for what it is — a virtual ban on military service by brave transgender Americans,” said Speier to CQ Roll Call.

A similar provision was advanced by Congress in last year’s NDAA, but was removed before the final bipartisan agreement.

Passing of the defense appropriations package is expected to occur by Friday.