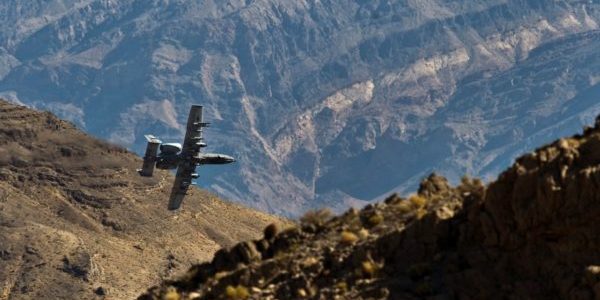 In a letter to Raul Grijalva, Chairman of the House Natural Resources Committee, and Adam Smith, Chairman of the Armed Services Committee, Sislak said a provision of the 2021 NDAA introduced by Utah Rep. Rob Bishop “clearly undermines Nevada’s ability to effectively manage wildlife and natural resources within our state borders.”

Sislak further said that while Bishop’s amendment was “vetted and approved” by the committees, neither his office nor Reps. Dina Titus, Steven Horsford and Susie Lee (all representing Nevada districts) were not consulted on the provision.

The Air Force has been working to expand the 2.9-million acre Nevada Test and Training Range, part of Nellis Air Force Base Complex, by about 300,000 acres in recent years, according to the Nevada Independent.

“The U.S. Air Force and the leadership at Nellis [Air Force Base] have failed to engage with my administration, tribal governments, and Nevada stakeholders in any meaningful way,” wrote Sislak in the letter.