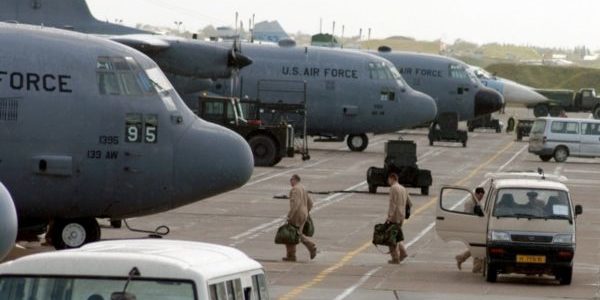 According to documents recently declassified by the Department of Defense, the Pentagon knew troops stationed at Karshi-Khanabad Air Base, known as K2, were exposed to cancer-causing toxins and hazards.

This has lead to hundreds of cancer cases and a multitude of deceased veterans, Stars and Stripes reports.

K2 is a former Soviet air base in southeast Uzbekistan which was used as Camp Stonghold Freedom during War of Terror operations from 2001 to 2005.

According to the documents, the soil of the base contained enriched uranium saturated with fuels and other solvents that formed a “black goo.”

In a Congressional hearing on the topic in February, DoD officials admitted they were aware of at least 400 service members diagnosed with cancers and at least 30 related deaths.

Furthermore, the Department of Veterans Affairs has continued to deny benefits to those with illnesses related to K2 basing.

“It should not have been this hard to convince VA to make this commitment. … K2 veterans have time-sensitive needs that need to be addressed now,” said Massachusetts Rep. Stephen Lynch.