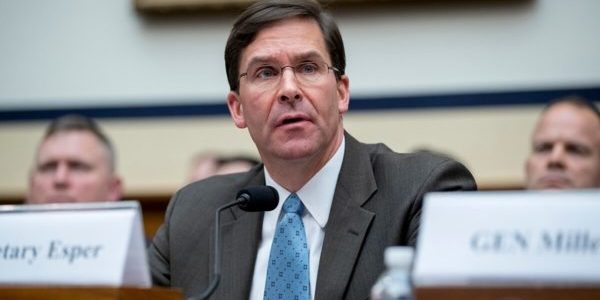 Following a memo on June 19 directing a “three-prong” initiative to combat discrimination, prejudice, and bias in the armed services, Defense Secretary Mark Esper announced new DoD protocols in a memo issued on Wednesday.

“The actions I am directing are a necessary first step, but I have no illusion that these initial actions will fully address the concerns many of us know and which I have personally heard from many service members,” said Esper following a Board on Diversity and Inclusion meeting.

“These actions identified today will better ensure a diverse workforce at all levels, an inclusive environment, and equal opportunity for all who serve,” wrote Esper.

“But hard work remains as efforts to shift our culture requires steadfast attention. I look forward to receiving the recommendations of the Board and making further progress on these issues.”