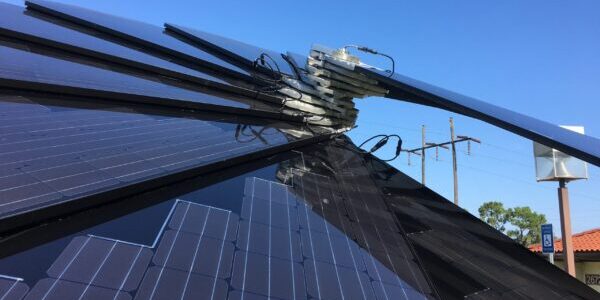 “The easy way to be an energy-resilient is just to stick a bunch of generators everywhere and turn them off when the power goes out or there’s a brownout,” he said. “Technically we would meet mission that way, but we don’t think that’s necessarily the responsible or even feasible way to go.”

Instead, the base has relied on green energy, including a partnership with Pacific Gas & Electric to install rooftop solar panels. The base is also replacing gasoline-powered vehicles with electric power sources and transitioning to all LED lighting.

The changes also produce energy for the community outside the gate, Wintzer said.

“The solar array that’s planned is more than enough to meet our needs here, and so when we’re not consuming that electricity, it’s provided back out into the grid.”

Base leaders are working with regional partners to address other ecological concerns such as soil erosion, he said.