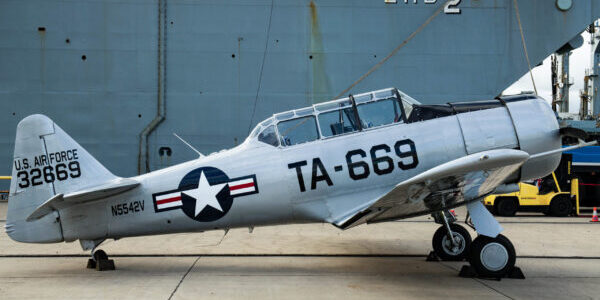 A University of Arkansas civil engineering researcher has received a $755,000 DOD grant to develop a new device to more accurately and efficiently monitor PFAS in water at military installations, Water Quality Products reported. “This builds on existing methods by many research groups over the past 30 years,” said the grantee, Julian Fairey….

Leaders at Wright-Patterson Air Force Base, Ohio, will now allow personal firearms on the installation, the Dayton Daily News reported. Those with proper registration will be able to ask for approval to transport secured, privately owned firearms in their privately owned vehicles. “After much careful analysis, we established appropriate procedures to satisfy that intent without sacrificing the safety and security of the base,” Maj. Julie Roloson, 88th Security Forces Squadron commander, said in a press release….

Historic World War II aircraft has arrived at Pearl Harbor, Hawaii, Navy Times reported. The 14 classic combat planes will perform flyovers at the end of the month to commemorate the 75th anniversary of the end of World War II.