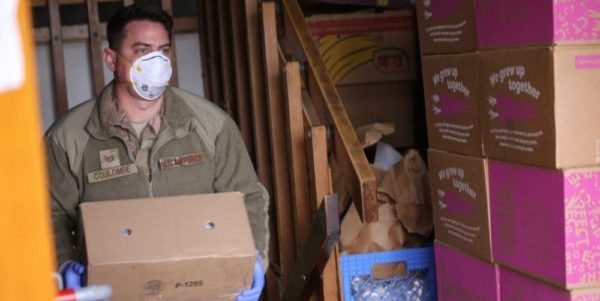 Senator Thom Tillis of North Carolina sent a letter to Ellen Lord, under secretary of defense for acquisition and sustainment,“to conduct a thorough review of all concerns as our service members and the American taxpayer deserve our due diligence.”

In a letter to the House Armed Services Committee, Representative David B. McKinley of West Virginia said that TRANSCOM’s “decision to accept a higher priced bid, from a subsidiary of a foreign-owned company with a questionable track record, is deeply troubling.”

Furthermore, the lawmakers voiced concern that the winning bid, American Roll On Roll Off Carrier Group of Parsippany, N.J., was $2 billion higher over a nine-year-period compared to bidders deemed as being technically qualified.

“Instead of fully vetting each allegation, TRANSCOM deemed this a clerical error. Failure to accurately disclose ownership and a criminal history makes a bidder ineligible for the award,” said McKinley.