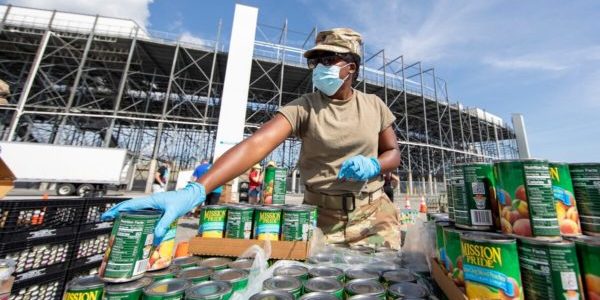 Members from both parties are demanding that President Donald Trump reverse the White House’s decision to impose a 25% cost share on the majority of states and territories with regards to the National Guard’s response efforts to COVID-19.

“States are the frontlines of the COVID-19 response. Due to the additional costs and lost revenues caused by COVID-19, state and local governments are facing unprecedented pressures on their budgets,” members wrote in a recent letter led by Rep. Adam Smith.

Last week Trump announced the White House would be extending Title 32 order until the end of the year. The announcement also stipulated that some states would be required to fund a portion of costs related National Guard deployments moving forward.

Smith’s letter to the White House was signed by 115 members of Congress from both parties.

“As we work to combat the pandemic, reopen the economy, and get kids back in schools, this is the wrong time to unnecessarily burden states with additional costs. Not only will this take away state resources from other COVID-19 response efforts, but it has the potential to lead to a reduction in National Guard members supporting COVID-19 response,” members wrote.