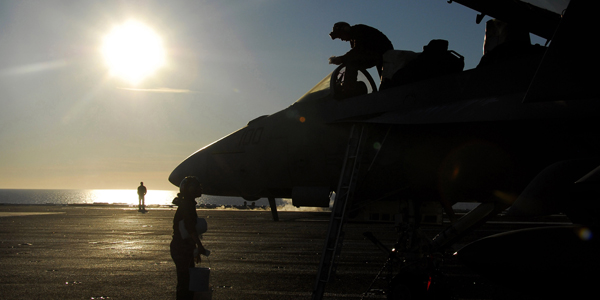 The Navy has started talking with contractors about a next-generation manned fighter, its first new carrier aircraft in almost 20 years.

There is now a program office for the Next Generation Air Dominance (NGAD) initiative, the service’s top acquisitions official, James Geurts, said last week, according to USNI News.

“You’d get more seamless fusion and integration of all these sensor inputs, and better ways of interacting with the pilot, and more incorporation of autonomous operations,” Clark said. “So even more so than with the F-35, you’d end up with an aircraft where the pilot is really operating a computer that is flying the airplane and operating its systems, more so than today.”

The service initially wanted the aircraft ready in the 2030s but will try to accelerate the timeline to replace F/A-18E/F Super Hornets as they reach their maximum flight time.