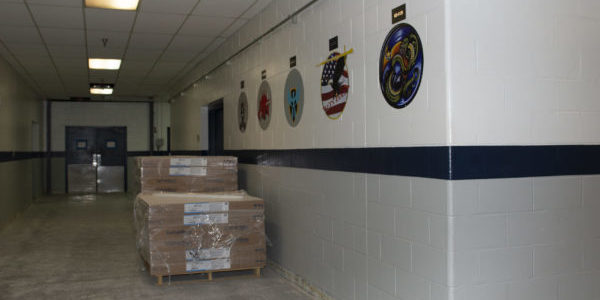 There’s a “silver lining” in the flood that hit Offutt Air Force Base, Neb., in March 2019, according to the person overseeing the base’s rebuilding.

“This gives us an opportunity to foundationally rebuild the base for the Air Force’s next generation of warfighting,” Lt. Col. Christopher Conover said in a recent interview with Air Force Times.

More than 700 million gallons of sewage water flooded about a third of the base. The damage hit 137 facilities, almost half of which were deemed unsalvageable. Many in the displaced workforce are still operating out of temporary spaces.

Offutt’s rebuilding plan envisions eight distinct campuses, with an opportunity to group facilities of similar mission together. The construction is expected to continue into 2026.

The Air Force has said the reconstruction will cost $420 million, in addition to $234 million to replace three destroyed simulators.