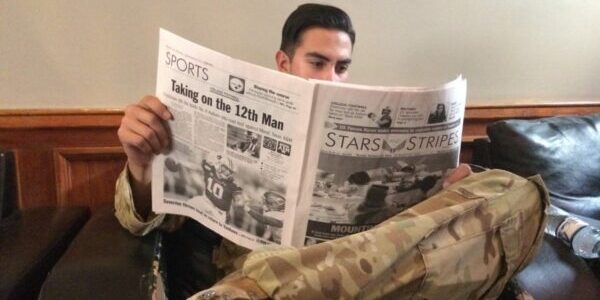 On September 2, 15 Republican and Democratic senators sent a letter to Defense Secretary Mark Esper urging him to ensure funding for the Department of Defense’s editorially independent military newspaper, Stars and Stripes.

“The 15.5 million currently allocated for the publication of Stars and Stripes is only a tiny fraction of your Department’s annual budget, and cutting it would have a significantly negative impact on military families and a negligible impact on the Department’s bottom line,” wrote the Senators in a memo.

According to current plans for the publication, the DoD plans to cease publication of Stars and Stripes on September 30, and completely dissolve the organization by January 31, 2021.

“Stars and Stripes is an essential part of our nation’s freedom of press that serves the very population charged with defending that freedom,” wrote the Senators.