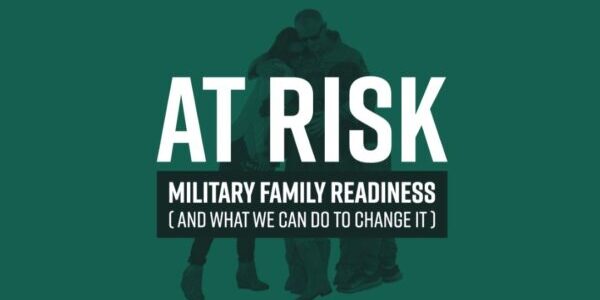 The Association of Defense Communities held the third installment of its Summit Keynote series on Oct. 8, which focused on military family readiness.

“Spousal employment is an issue that has been near and dear to my heart over 30-year career in the military,” said Vidaurri. “My wife is an active professional, clinical social worker by trade. We spend a significant amount of time in an overseas environment. As a result, spouses can often have trouble finding employment. This is not uncommon amongst our spouses.”

Ulloth said that the Army has instituted a civilian assistance program, where employees have the option of transferring location without losing their benefits. This includes childcare services, pay grades and spouse employment positions; the program has increased from 7,000 to 22,000 employees.

Cadell says the Air Force has invested in similar programs during the pandemic. “We want to take care of our military families during this time of uncertainty,” he said. Cadell says that military families are having to adapt to lost wages, telework, and the necessity of homeschooling children. “We know our families are the best resources we have. We recruit airmen but we retain families.”

The topic of childcare was also discussed. “We have a critical childcare shortage across the nation,” said Vidaurri. He said that across the Navy the service is short approximately 10,000 seats. In the pandemic the service has switched to a contingency operation, prioritizing mission essential personnel with childcare needs.

Vidaurri says the Navy is looking to into new public-private ventures to increase childcare seats by 5,000 by FY22.

Caldell discussed the importance of keeping the forces during the pandemic. “We’ve learned a lot over the last several months.” Specifically, he noted that telework would continue in the future, especially for civilian airmen.

Finally, the panel discussed the impact of the pandemic on service members’ mental health. “We’ve done extended deployments across the force, social isolation and lockdowns. I didn’t see a lot of mental issues initially, but I’ve seen an increase in mental health and behavioral issues throughout the force,” said Vidaurri.

“Each of us on the panel we want to combat mental illness across the force,” he said. Vidaurri noted resources including virtual counseling sessions, MilitaryOne Source, installations’ military chaplains, as well as providing 24/7 counseling to families and servicemembers in need. “As leaders we need to be empathetic,” said Vidaurri.