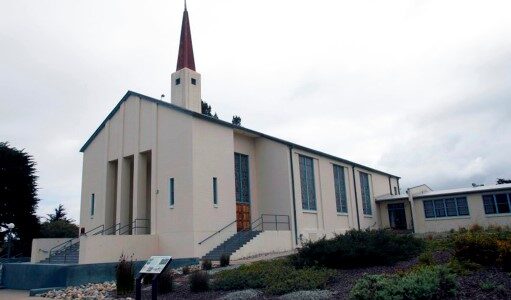 The Fort Ord Main Chapel, constructed in 1958, was once the largest chapel in the U.S. Army and continued to serve the community even after Fort Ord Army Base was shuttered in 1994 under a Base Realignment and Closure by Congress, Monterey Herald reports.

“Back in 2018, when they closed the chapel, many parishioners were concerned about what would happen with the building, stained-glass windows, and the organ that was paid for through tithes, offerings and donations,” said Joy Junsay, a former Ord Chapel congregant.

When the chapel was closed, services were transferred to the Presidio of Monterey Chapel in Monterey. “Decommissioning requires that all consecrated or ecclesiastical materials and equipment be removed from the facility,” said Jim Laughlin, Presidio of Monterey spokesman.

“No longer a special purpose facility, the structure itself will survive and is planned to serve as a consolidated Public Safety facility, combining police and fire service operations dedicated to saving lives throughout the Presidio of Monterey and Ord Military Community,” said Laughlin.