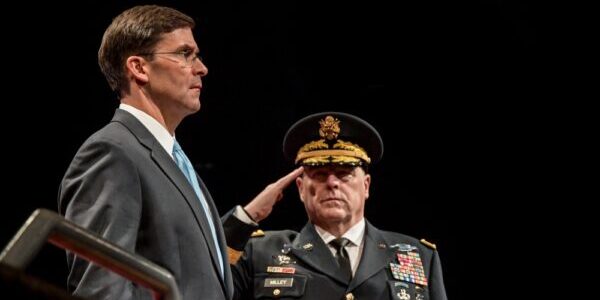 In a tweet on Nov. 9, President Donald Trump announced that Mark Esper has been “terminated” as Secretary of Defense.

“Chris will do a GREAT job! Mark Esper has been terminated. I would like to thank him for his service,” wrote Trump on Monday.

Esper was confirmed as Secretary of Defense in August 2019 and is the third person to exit the top job at the Pentagon under the Trump administration, Defense News reports.

The decision to dismiss Esper comes days after President-elect Joe Biden was projected to win the U.S. presidential election.