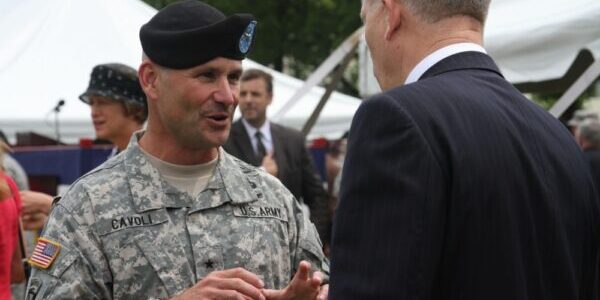 European and African Commands will be consolidated under one four-star general in a new organization that will be headquartered in Germany, Stars and Stripes reports.

“This consolidation enhances global and regional readiness in support of the National Defense Strategy,” said Army Secretary Ryan D. McCarthy. “The new structure will increase command and control effectiveness, flexibility and the capability to conduct large-scale, joint and multi-domain operations.”

The announcement coincided with the Army opening its new V Corps forward headquarters in Poland.