Congress Grants Waiver to Austin to Serve as Secretary of Defense 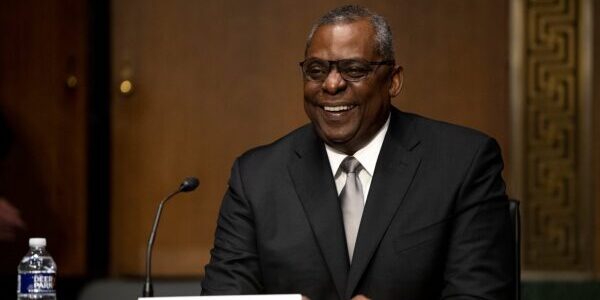 The House and the Senate passed a waiver for Lloyd Austin to become Secretary of Defense under President Joe Biden on Thursday. He awaits the final confirmation vote by the Senate which will occur by the end of the week.

According to a Senate Armed Service Committee press release, “The Senate will not vote to confirm Austin until after the Committee receives and reviews Austin’s responses to Questions for the Record.”

Gen. Austin was the first Black general to command an Army division in combat and the first to oversee an entire theater of operations (U.S. Forces in Iraq). Austin ran U.S. Central Command before retiring in 2016.

“Mr. Austin will be the first Black person to lead the Pentagon, which is enormously important,” said House Armed Services Chairman Adam Smith in the chamber. “The military has a problem with diversity, and in addition we have a problem with white supremacy in this country. Austin is in a unique position to address these problems.”

In the interim until confirmation, David L. Norquist has assumed the duties of Acting Secretary of Defense.