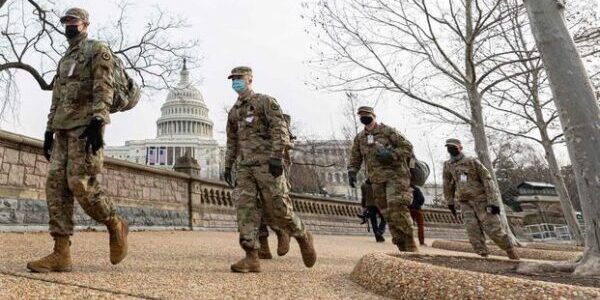 The National Guard Bureau (NGB) authorized its guardsmen to carry their weapons while activating in Washington D.C., Military Times reports.

Upwards to 20,000 troops are expected to be patrolling the nation’s capital prior to President-elect Joe Biden’s inauguration on Jan. 20.

“This was requested by federal authorities and authorized by the Secretary of the Army,” according to to the NGB. “National Guard members are postured to meet the requirements of the supported civil authorities, up to and including protective equipment and being armed if necessary.”

Meanwhile Governors around the country are also activating their state’s national guard as the FBI warned of mass armed protests planned in the nation’s state capitals leading up to the inauguration.