Nearly 15,000 National Guardsmen to be Deployed for Biden’s Inauguration 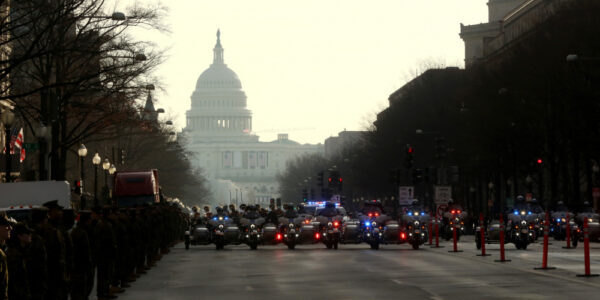 The attack on the Capitol last week is prompting the Department of Defense to vastly increase the National Guard presence in Washington D.C. on the runup the President-elect Joe Biden’s inauguration on Jan. 20.

The Pentagon authorized 6,200 Guard members from Maryland, Virginia, New York, New Jersey, Delaware and Pennsylvania, most of them arriving on Monday to Washington D.C., Military.com reports. Officials expect for Guard presence to grow up to 10,000 by Saturday.

“We have received support requests from the Secret Service, Capitol Police and Park Police, and have been authorized to provide up to 15,000 Guard members to meet current and future support needs,” said Gen. Daniel R. Hokanson, chief of the National Guard Bureau.

According to Military Times, the Guard presence is double the number of U.S. troops in Afghanistan and Iraq combined.

A National Guard spokesman has said that while inbound National Guard members have brought their weapons, no determination has been made as of yet whether troops will be authorized to carry weapons on the streets.

“We’re not going to put away the equipment that we have,” said Army Brig. Gen. Dave Wood, director of the joint staff for the Pennsylvania National Guard. “We’re going to bring it with us, and the way we deploy it will be based on the situation and based on the commander’s intent.”