Transition in Power: SecDef in Waiting 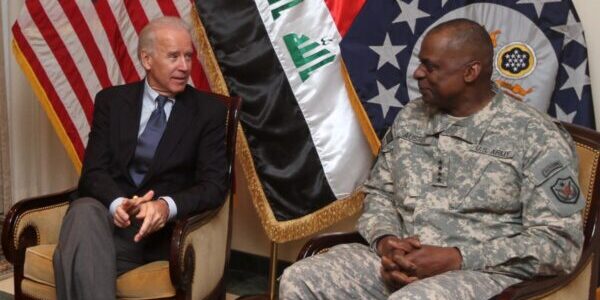 As the clock to President-elect Joe Biden’s inauguration day counts down, the former vice president has begun to fill many key cabinet positions of his upcoming administration. One is particular is the candidate for his Defense Secretary, Lloyd Austin.

Gen. Austin was the first Black general to command an Army division in combat and the first to oversee an entire theater of operations (U.S. Forces in Iraq). Austin ran U.S. Central Command before retiring in 2016.

Along with being confirmed by the Senate, Austin must obtain a waiver from both the Senate and the House from a law that bars retired military officers from becoming Defense secretary within seven years of leaving the service. If confirmed, he will be the third Secretary of Defense in history requiring the waiver.

According to Military Times, the current congressional calendar would not give enough time for Austin to be confirmed by Biden’s first day in office. The Senate Armed Services Committee will hold a confirmation hearing on January 19th, a day before inauguration. Officials in the Biden administration are pushing for a quick confirmation process.

“President-elect Joe Biden will be sworn in on Jan. 20 and the American people rightfully expect the Senate to confirm his crisis-tested, qualified, history-making cabinet nominees as quickly as possible,” said Biden transition spokesman Ned Price in an email to Breaking Defense.

Despite support from many Democrats in Congress, incoming chairman of the Senate Armed Services Committee Sen. Jack Reed has vowed not to confirm another retired military official as Defense Secretary (a waiver was permitted to Jim Mattis in 2017).

“Waiving the law should happen no more than once in a generation,” said Reed. “Therefore, I will not support a waiver for future nominees.”

Meanwhile on the House, Representative Adam Smith, Chairman of the House Armed Services Committee, has voiced his support, albeit with some reservations, for Austin.

“Before meeting with Secretary-designate Austin today, I already knew he was a proven leader with the deep experience – both professional and personal – required to be an effective Secretary of Defense. Yet, the nomination of another recently retired general to lead the Department of Defense also gave me pause. Civilian control of our military is an important principle in our Constitution and is not one I take lightly,” said Smith

Smith said that his committee will convene a public hearing before the full committee on Jan. 21 so the “American people can hear directly from Secretary-designate Austin regarding civilian control of the military.”