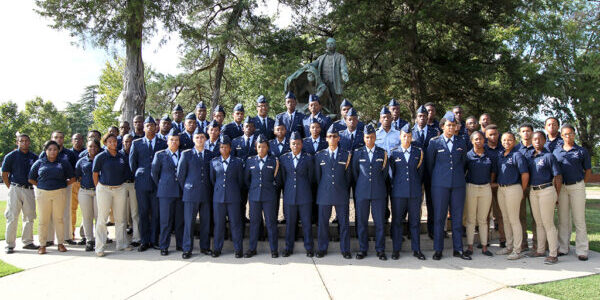 The Department of Defense’s Office of the Under Secretary of Defense for Research and Engineering (OUSD(R&E)) recently announced the launch of the DOD Aerospace Education Research and Innovation Center (AERIC) at Tuskegee University in Alabama.

The $2 million congressionally funded program was sponsored by Senator Richard Shelby (R-AL), vice chairman of the Senate Appropriations Committee and its Subcommittee on Defense.

The funding is through the DOD historically Black college and university (HBCU) and Minority-Serving Institutions (MSIs) Research and Education Program.

“Established at an institution that was the home of the Tuskegee Airmen and is today the number one producer of Black aerospace engineers in the nation, AERIC is devoted to expanding the future aerospace technical workforce with a particular focus on underrepresented populations in the United States,” according to a DoD press release.

AERIC will support two-year research projects in the areas of fatigue damage tolerance, experimental aerodynamics, and the performance of materials and components under extreme environmental conditions.

“By supporting HBCUs and MSIs, we are cultivating a research enterprise that broadens idea sharing while expanding the pool of reliable STEM professionals able to meet both our mission and our workforce objectives,” said Dr. Jagadeesh Pamulapati, director of the Office of Research, Technology, and Laboratories in OUSD(R&E).