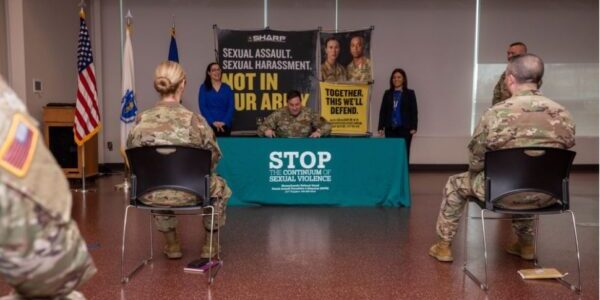 The Department of Defense needs better mechanisms for tracking, responding, and training for its workforce when it comes to sexual assault, according new a new Government Accountability Agency report.

“Sexual harassment and assault in the workplace can cause long-term trauma for victims and may affect the Department of Defense’s more than 900,000 federal civilian employees,” the report outlined.

In FY2018, the Pentagon estimates 49,700 of its civilian employees experienced sexual harassment, and about 2,500 experienced work-related sexual assault. Unfortunately, the department does not fully track reports of these behaviors. GAO further explained that civilian employees may not have access to DOD-provided reporting and support services available to servicemembers.

GAO offered 19 recommendations including: better tracking of civilian work-related sexual assaults, enhance guidance on the structure of anti-harassment programs for civilians, and report and request Congressional actions on the ability of civilian employees to make restricted reports of sexual assault.

“Without guidance that addresses these areas, DOD does not know the extent to which its civilian workforce has reported work-related sexual assault worldwide,” wrote GAO.