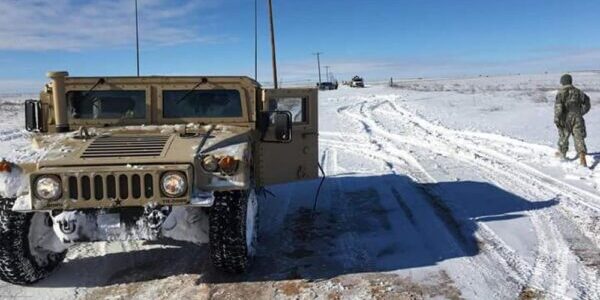 House Armed Services Readiness Subcommittee Chairman Rep. John Garamendi (D-Calif.) said that his committee will be delving to the effects of climate change on U.S. military installations and housing during this year, Federal News Network reports.

“We are continuing to require that the bases become energy resilient, and in some cases energy independent, that they not depend upon the grid,” Garamendi said. “This week’s task is to assess what happened on the bases in Texas. It will be a case study on resiliency and we’ll be reviewing that keeping in mind that we have already written law that the bases need to be paying attention to resiliency.”

Related to winter storms, Garamendi said that the subcommittee would further probe the effect of climate change on Department of Defense readiness, pushing a legislative agenda that would shift the department’s reliance on fossil fuels. In this year’s National Defense Authorization Act, as in years past, Garamendi  says a key focus for DoD is to “recognize the effect of climate change and other natural hazards on the military bases.”

One change Garamendi notes is to have civilian vehicles owned by installations to go electric.

Another Readiness Subcommittee focus will be on a dedicated effort to improve privatized and public military housing for service members and military families. Reported cases of inadequate living conditions have been highlighted in recent years, promoting a significant financial investment by DoD and private housing companies.

“One of the problems we discovered at the outset of this was that the base commanders were not paying attention,” said Garamendi . “They said that it had to do with sequestration and money not being available. I disagreed and said, ‘No, the problem is the base commanders simply were not paying attention, they found other things to worry about or to think about.’”

“Written into the law is a requirement that there be sufficient personnel on every base with a specific responsibility of monitoring the base housing and providing an opportunity for candidates to express their concerns. We’ll want to make sure that that is actually happening.”