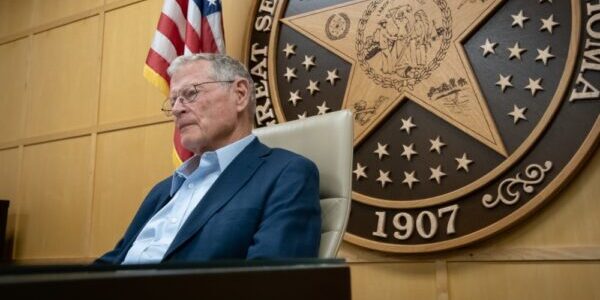 Wason, a retired Army Lieutenant Colonel who previously served as deputy staff director for the committee, is taking over the position from John Bonsell.

“As a retired Army officer with significant legislative experience on the Armed Services Committees in both houses of Congress, John’s leadership and understanding of the issues will be an asset to the committee,” wrote Inhofe in a press release. “He knows how the Committee should set our priorities to ensure the Pentagon has the resources, equipment and strategy needed to defend our nation.”

According to CQ, Wason began his career as a military fellow in Inhofe’s personal office. He went on to serve as a staffer on the House Armed Services Committee for 13 years before moving to the Senate.

“I credit him greatly for continuing the six-decade streak of enacting the National Defense Authorization Act into law, and making sure these bills included good policy to strengthen national security and support our military families,” wrote Inhofe.