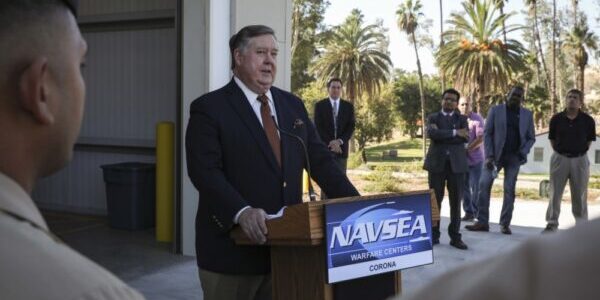 A bill introduced by Rep. Ken Calvert (R-Calif.) would require the Department of Defense to cut its civilian workforce by 15 percent by 2025 (approximately 100,000 jobs), reports Federal Times.

The Rebalance for an Effective Defense Uniform and Civilian Employees Act would allow the defense secretary to employ voluntary separation and early retirement incentives to encourage reduction of the civilian workforce. According to the proposed legislation, if a 15 percent reduction did not occur by October 2021, the service would use involuntary separations.

“Like everything else in government, personnel is your biggest cost, and the civilian-to-uniform ratio… is an all time high,” said Calvert in an interview. “Our inability to correct that trend is is eating away at our military, our procurement our readiness, all the above, and so we need to do this.”

The bill would only affect civilian employees and omit uniformed service members.

Rationale for the legislation is backed by a 2015 report by the Defense Business Board recommending significant DoD cost savings by reducing “back-office bureaucracy and waste” over the course of five years, according to Federal Times.

“The legislation seeks to give the secretary of defense the mandate and the tools necessary to implement cost saving measures without being overly prescriptive,” said a spokesperson of Calvert.