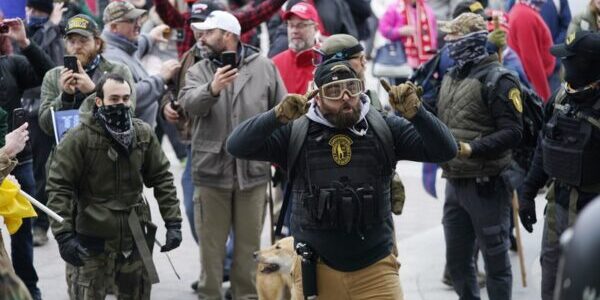 An unpublicized Pentagon report to Congress released in October 2020 revealed that much is unknown regarding white supremacist and extremist inroads into America’s military, Roll Call reports.

The Department of Defense is utilizing data from the Federal Bureau of investigation to track and keep extremist members out of the services, using a database of extremist tattoos to improving the security clearance questioning process.

“Despite a low number of cases in absolute terms, individuals with extremist affiliations and military experience are a concern to U.S. national security because of their proven ability to execute high-impact events,” wrote the report. “Access to service members with combat training and technical weapons expertise can also increase both the probability of success and the potency of planned violent attacks.”

Department of Defense officials say that in addition to the threat of violence that extremist groups present, it also has a detrimental effect on morale.

Other solutions that the Pentagon has proposed to combat white supremacism includes monitoring social media presence for past extremist communication and creating a special delineation of military discharge for service members that have been kicked out of the military for extremist behavior (currently only the Navy has such a discharge designation).

Rep. Pete Aguilar, D-Calif., a member of the Defense Appropriations Subcommittee, has recently introduced legislation to prevent white supremacists from entering the military.