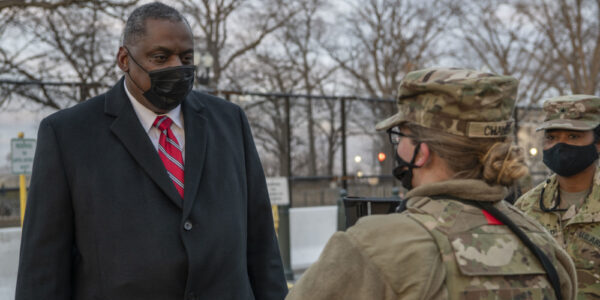 In a service-wide memo, Secretary Lloyd Austin directed commanding officers and supervisors at all levels to select a date within the next 60 days to conduct a one-day “stand-down” to discuss extremism in the ranks.

“We will not tolerate actions that go against the fundamental principles of the oath we share, including actions associated with extremist or dissident ideologies,” wrote Austin. “Service members, DoD civilian employees, and all those who support our mission, deserve an environment free of discrimination, hate, and harassment.”

Although a good first step, Pentagon officials said that “a one-day stand down does not solve anything.”

Pentagon spokesman John Kirby told reporter on Monday,  “This is an opportunity for leadership to listen to the men and women they lead,” Kirby told reporters. “This is just a step in what the secretary believes will be very deliberate process to try and tackle this problem….It might bring to light concerns and experience that he might not be aware of.”

The stand-down is based off the Department of Defense Instruction (DoDI) 1325.06, ” Handling Dissident and Protest Activities Among Members of the Armed Forces,” provides instruction to support the discussions.