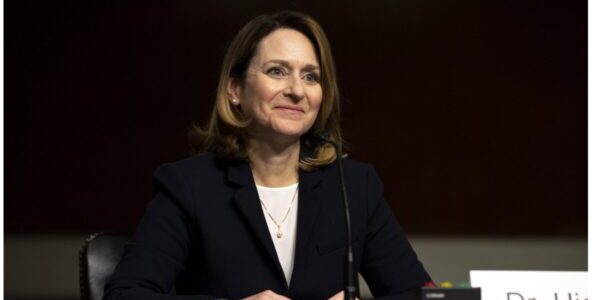 Kathleen Hicks was confirmed as Deputy Secretary of Defense on Monday, making her the first woman to serve as the Department of Defense’s second-highest ranking leader.

Most recently Hicks led international security program at the Center for Strategic and International Studies. She also served on President Biden’s transition team at the Pentagon and was previously was a deputy undersecretary of defense during the Obama Administration.

During her confirmation hearing with the Senate Armed Services Committee, she said she would bring “enduring, consistent focus to total force health and quality…root out violent extremism, systemic racism, sexual assault and harassment, and other inhibitors to readiness.”

Hicks said she would work with the military if department leadership discerned another BRAC round was needed; focus on mitigating the detrimental effects of PFAS/PFOA contamination; bolster the department against climate change; and prioritize military quality of life and family readiness.

For further information related to Hicks’ policy stances impacting defense communities, please visit a prior article on the topic.