by ADC | Mar 31, 2021 | Congress/DoD, Energy, Mission Support/Community Partnerships, On Base 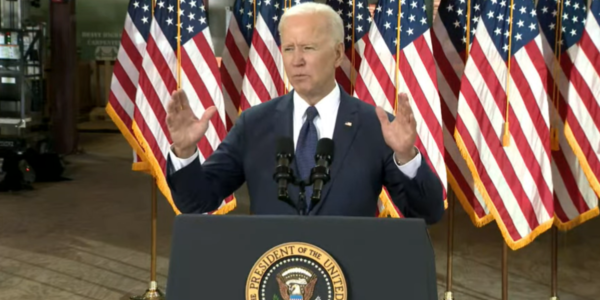 President Joe Biden said Wednesday that his massive new infrastructure plan is a “once-in-a-generation investment in America,” the largest initiative of its kind since construction of the interstate highway system and development of the space program. He said it will put hundreds of thousands of people to work.

The White House released a detailed fact sheet on provisions in the plan, which Biden hopes to sign into law by Memorial Day, an ambitious timeline. (Check out some of the provisions we’re tracking at On Base and ADC Live.)

Republicans are already blasting it, pointing to its cost – partially paid for by a hike in corporate taxes and the closing of some corporate tax loopholes – and non-infrastructure provisions such as an expansion of long-term care under Medicaid. Senate Minority Leader Mitch McConnell (R-Ky.) called the plan a Trojan Horse, according to The Hill.

With an evenly split Senate, it seems Democrats would need to use budget reconciliation maneuvers to pass the plan – assuming they can get enough support from moderate Democrats in both chambers.

Biden said in his remarks that he is open to hearing others’ ideas about how to pay for the plan.