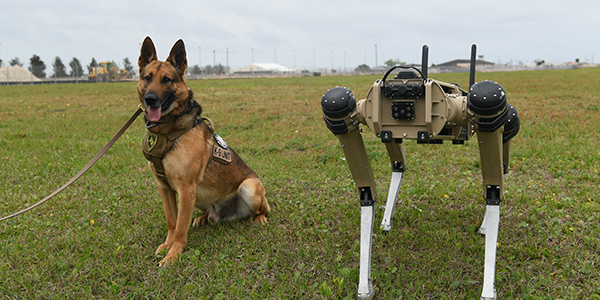 The first litter of semi-autonomous robot dogs arrived at Tyndall Air Force Base, Fla., to provide extra security at the base, according to a DOD story. They are the first of their kind at any installation.