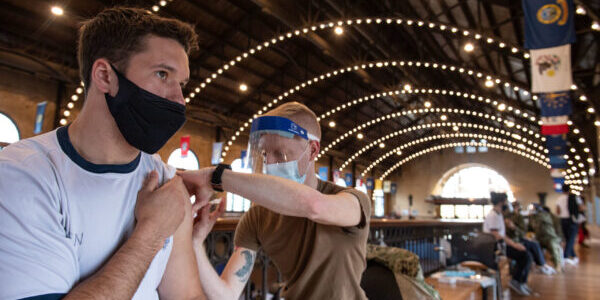 Almost all midshipmen at the Naval Academy in Annapolis, Md., who wanted a COVID-19 vaccine have had their first shot, allowing the campus to reopen some of its facilities, the Capital Gazette reported….

DOD officials say proposed water restrictions near Fort McNair are not related to AP reports of Iranian threats to the area. “The request that we’re doing with the Washington Channel is not directly tied to what was released by the AP,” an installation spokesperson said, according to the Washington Post….

South Carolina has moved its Military Task Force into the Department of Veterans Affairs. A primary role of the task force, previously a stand-alone entity, is keeping veterans in the state after they leave service, ABC 4 News reported.