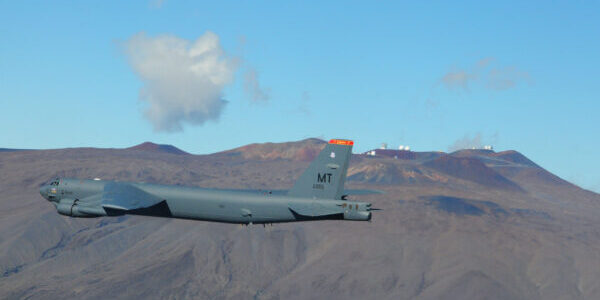 A renewed partnership between the U.S. Department of Commerce’s Volcanic Ash Advisory Centers and the 557th Weather Wing (WW) at Offutt Air Force Base will ensure closer monitoring of the globe’s 1,500 active volcanos, an Air Force press release reports.

Serving as a backup to Washington VAAC, 557th WW serves as a backup monitoring facility and leverages DOD resources to protect commercial and general aviation in the United States.

“We were experiencing an ongoing issue of 2nd WS products not disseminating properly to the VAAC webpage during outages. With the help of 2nd SYOS, NOAA (National Oceanic and Atmospheric Administration) and IT at the VAAC, we were able to restore capabilities to 100% within the week due to the cooperation we have between both civilian and military entities,” said Staff Sgt. Theresa Rutledge, 2nd WS Meteorological Satellite noncommissioned officer.

Volcanic eruptions can be severely disruptive to air travel as ash can cause engines to catch fire or fail. Analysts at volcanic monitoring organizations use open-source intelligence, including social media, webcams, and meteorological satellite imagery to identify possible eruptions.