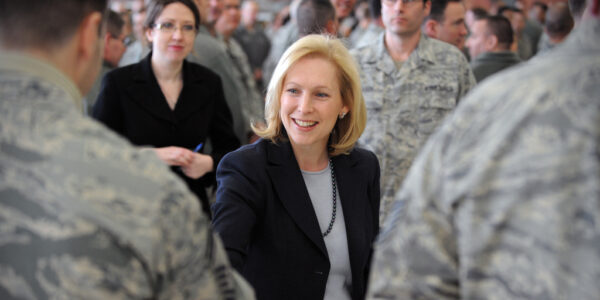 “That is our goal, and it should be done this year,” she told MSNBC.

Gillibrand has long pushed legislation that would take sexual assault investigations out of the chain of command.

Sen. Jodi Ernst (R-Iowa), a military veteran and sexual assault survivor, has also made the issue a priority but until recently opposed Gillibrand’s approach. Now she’s on board.

“We have got to get to the heart of that issue, and that simple move will be by taking the prosecution — that decision-making authority — out of that commander’s hands [and] putting it with a specialized prosecutor,” Ernst said, appearing alongside Gillibrand, Politico reported.

A special panel recently recommended a similar reform, as On Base reported.