by ADC | Apr 22, 2021 | Military Families, Mission Support/Community Partnerships, On Base 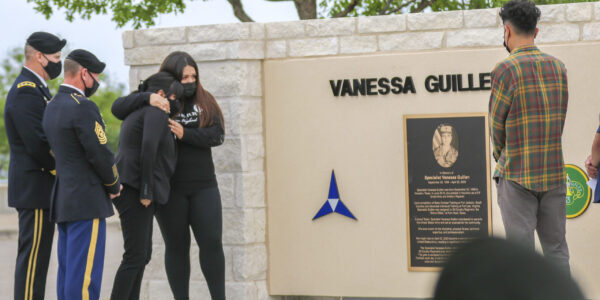 Fort Hood has named a gate in honor of Vanessa Guillén, the Army specialist who was killed at the base a year ago. Her younger sister Lupe said it’s a reminder to soldiers passing through that they should look out for one another, according to Stars and Stripes….

Deputy Secretary of Defense Kathleen Hicks tweeted about her Thursday visit to Maryland’s Middle Chesapeake Sentinel Landscape to highlight DOD’s work with the Readiness and Environmental Protection Integration (REPI) program and the importance of collaborative partnerships….

The Navy will spend more than $39 million to ensure Newport Naval Station, Rhode Island is in compliance with stormwater discharge regulations. “Rhode Island communities will benefit through improved water quality in Narragansett Bay,” an EPA official said in a press release….

The FBI is expanding its footprint at the Redstone Arsenal in Huntsville, Alabama, Federal News Network reported. The agency currently has about 860 employees there but expects to have 3,400 at the site in five years.