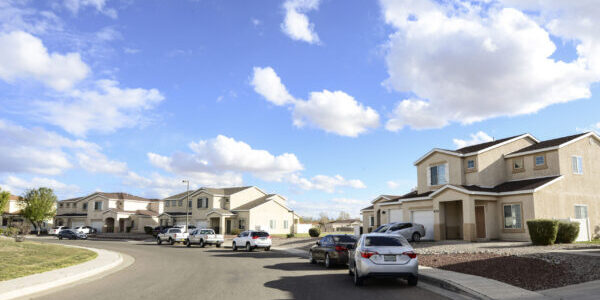 Air Force housing tenants gave privatized housing a 77% rating in the service’s official 2020 satisfaction survey, down slightly from 2019 but above the Air Force’s target metric of 75.Tenants of federally owned Air Force housing projects rated their satisfaction at 74, according to figures released by the Air Force. That score is still considered “very good” by industry standards and “acceptable” by Air Force standards, the service noted.

“I look forward to working with the military housing and project owners to address the concerns our airmen and guardians raised in the survey,” said Col. Sara Deaver, who oversees Air Force housing.

Deaver said 11 installations “stood out” for having multiple neighborhoods that scored 85 or higher and had at least 20% of its tenants participating in the survey, earning them the Crystal Service Award.

About 30% of Air Force housing tenants took the survey.