Two Top Commanders Say There Are No Extremists in Their Ranks 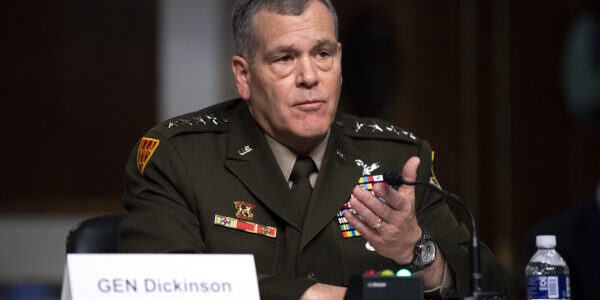 In Senate testimony Tuesday, two top commanders said they are confident extremism is not an issue in the armed services.

“I am very confident that the number of extremists in my forces is zero,” Adm. Charles Richard, commander of U.S. Strategic Command, said. “Every person in my organization has to have a security clearance, for starters, right? And when you fill that form out, and I’ve been filling it out for 40 years, there is an extensive battery of questions designed to get after that very point.”

Gen. James Dickinson, commander of Space Command, also said there are zero extremists serving under him and that he has never seen it as a concern throughout his military career.

Those views are seemingly at odds with those of Defense Secretary Lloyd Austin, who ordered a forces-wide standdown to look into the issue and has established a working group to define and root out extremism.

The topic got renewed attention after the Jan. 6 Capitol riots. A disproportionate number of service members and veterans have been charged in crimes related to the riots.