Wormuth Sworn in as Army Secretary 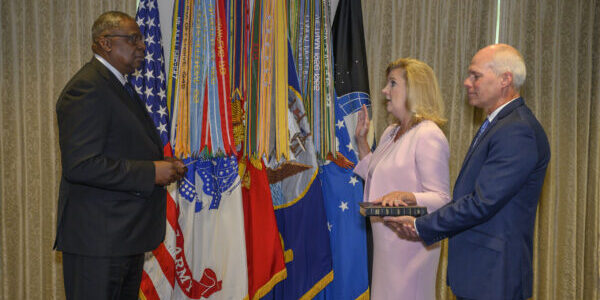 Christine Wormuth is officially on the job as secretary of the Army, the first woman ever to hold the position. The Senate confirmed her Thursday morning by unanimous consent, and Defense Secretary Lloyd Austin swore her in later in the day.

Her first big challenge will be helping the Army plan for tight constraints in next year’s budget. Wormuth has Pentagon policy experience and recently worked at the RAND Corporation and for the Biden Pentagon transition, but she enters her new job without the long-time Army ties of her predecessors from the Trump administration.