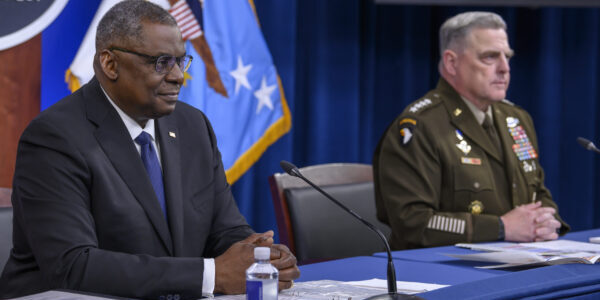 “As I made clear on my first full day in office, this is a leadership issue. And we will lead,” Austin said, according to AP. “Our people depend upon it. They deserve nothing less.”

But most Pentagon officials still seem wary of reforms that would impact charges beyond sexual assault.

“Their answers were, across the board, not reassuring,” Inhofe said in a press release that includes links to the officials’ individual letters.

Even among the Joint Chiefs, however, there is an openness to narrow reforms.

“In the specific and limited circumstance of sexual assault, I remain open-minded to all solutions,” Joint Chiefs Chair Gen. Mark Milley wrote in his letter to Inhofe, echoing comments he has made recently after being long opposed to such a change in sexual assault prosecutions.

Gillibrand’s broader justice reform bill has enough support to pass the Senate, but leaders have resisted bringing it to the floor.