Austin: Readiness at Risk if Guard Isn’t Reimbursed for Deployment to D.C. 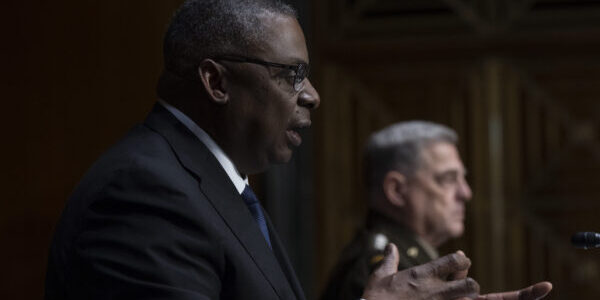 If Congress doesn’t authorize a reimbursement before its August recess, it “will impact [the Guard’s] ability in the near term to be able to train and adequately prepare the guard for its future, for its current responsibilities,” Austin told the Senate Appropriations Committee.

The House included the back-funding as part of a package to beef up Capitol Hill security, but the Senate has not yet passed similar legislation.

DOD officials and national security nominees have warned lawmakers continually in recent months about the strain on the National Guard because of the Capitol deployment and pandemic response efforts.

Guard members “have been very instrumental in helping us to get shots out into people’s arms during the vaccination effort,” Austin said. “They’ve answered the call to fight fires and other disasters. They’ve been very busy, and we need to make sure that we have the resources… to train and equip the Guard.”