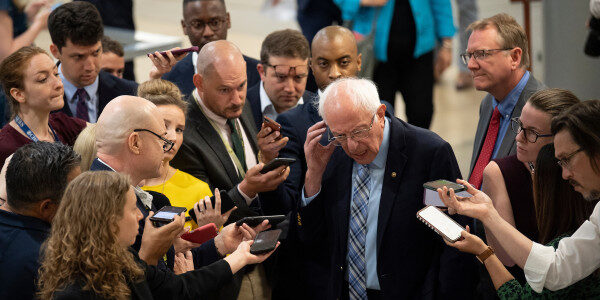 Senate Budget Committee Democrats are drafting a budget resolution that may not match up with the one being drafted by House Democrats. Senate committee members huddled with Majority Leader Chuck Schumer (D-N.Y.) Wednesday in preparation, according to CQ.

The committee is chaired by Sen. Bernie Sanders (I-Vt.), who is generally more critical of defense spending than domestic spending, but who needs broad Democratic support to pass any budget blueprint in a 50-50 Senate.

Democrats are also exploring what other priorities can be added to the budget resolution to skirt Republicans’ filibuster power.

While House Democrats do not have a formal budget blueprint, the chamber adopted a $1.5 trillion spending cap and will begin work on individual spending bills next week, as On Base reported.